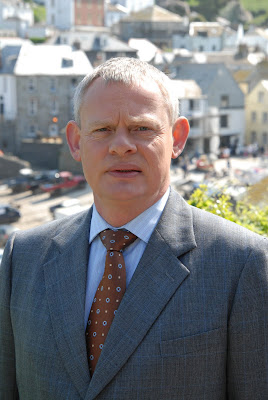 Bert Large’s restaurant business is financial trouble. He can’t even afford the food and drink for a charity event to raise money for Florence Dingle’s (Anne Reid) cat sanctuary. Mrs Dingle is distraught. She desperately needs the money to continue to look after the cats and kittens in her care.

Bert is also being chased by loan sharks Alastair Tonken (Alan Williams) and his son Norman (Marcus Cunningham) for the repayment of £1000 they gave him to clear his debts, warning of repercussions if he doesn’t pay up. Al is furious with his father for losing all their money and bringing them to the verge of bankruptcy. Bert blames Al for spending too much time working for Ruth instead of helping him with the restaurant.

When Ruth gives Al £800 to pay for the fencing on the farm he decides to use the money to pay back the some of the loan, even though he is wracked by guilt. Bert and Al manage to scrape together another £200 and present the cash to the Tonkens. But Alastair Tonken tells them they still owe him another £350 for interest and late payment charge.

Al says it is time they stood up to the loan sharks and refuse to pay - but just to be on the safe side they want to enrol the help of village police officer Joe Penhale. But PC Penhale says he can’t help them, it is a civil not a criminal matter.

Bert and Al confront the loan sharks just as they are approaching Mrs Dingley to pressure her for the money they loaned to her. But Mrs Dingley has fallen off her bike and is lapsing in and out of consciousness, with the doctor and Penhale in attendance.

The row between the Tonkens and the Larges becomes so heated that Penhale has to step in to break them up. Summoning up all his authority Penhale tells the Tonkens to leave the village and never come back.

Eleanor comes to Bert’s rescue with a plan to boost custom at the restaurant. She tells him she used to run a very successful bar in Andalucia, and suggests they have a Spanish theme night to attract customers.

She rolls up her sleeves and begins preparing for the Spanish feast. But she begins to feel very ill and Louisa insists she must see the doc. He diagnoses a strangulated hernia, and says she needs an urgent operation. Morwenna calls an ambulance, but when it goes to the wrong village, the Doc decides there is no alternative: he must operate now on Eleanor in his surgery or she could die.

He deftly demonstrates his expertise as a surgeon. Without doubt his swift treatment saves Eleanor’s life.

Dr Martin Ellingham is planning to leave Portwenn in a week’s time to resume his career as a surgeon, leaving Louisa and their baby son James Henry in the village.

They have their baby’s christening to organise before he leaves. But as usual the doc shows little interest in the event, leaving it all to Louisa.
Posted by Hod at 6:20 PM