What's it been like working with the babies filming for series five of Doc Martin?
"It's brilliant – it's been a hoot. They say don't work with children and dogs – we did one tiny scene, that I'd actually written, of me getting out of the car, getting the baby out, opening the boot of the car and letting the dog out. We did it in two takes without anybody putting a foot wrong. But it's just been fun because babies are nice, you know?" 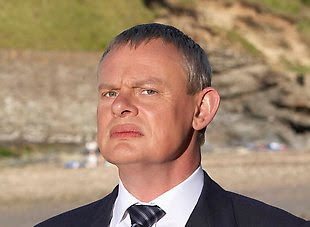