Mum and sister arrived on Saturday afternoon, as Dad and I were at the London Marathon on the Sunday. They’d spotted Rosie Marcel from Holby in the village on Sunday as her husband is directing DM (I think). Sister sent a picture message of the notice saying they were filming on Fore Street Mon-Thurs. Very excited.

Monday late morning, me and Dad make our way down to PI. Mum emailed in the morning saying Bert was lying in the middle of the road needing a doctor. When we get there, no filming happening, but mum filled us in with the morning’s events. Bert collapses outside his fruit and veg stall in the village. Martin then comes round the corner in his car and finds him. Bert has a stunt double as Ian McNeice has a chest infection at the moment and obviously finds it hard to get up and down from the floor. 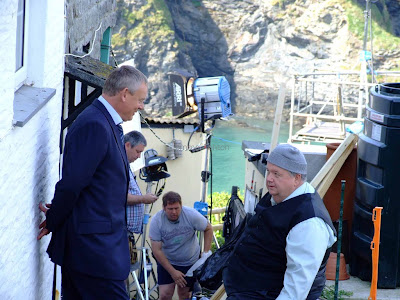 Tuesday morning, we wander up to Mel house to see what is being filmed. Martin and Caroline are there, wearing the exact clothes they wear when LG gives birth. Possibly continues straight from the last episode?? They were filming inside her house most of the day, until Martin gets in his Lexus with the cameras on the car, and films him driving down the road and stopping the car just before he finds Bert collapsed. Took two takes. Martin then took a few shots with a watering can, supposedly for the DVD cover and promo etc? And then comes over for photos with everyone. We then left them to it, and when we returned Ian had arrived for some filming. CC was now wearing pyjamas. They go back to film inside and we go back to our cottage. 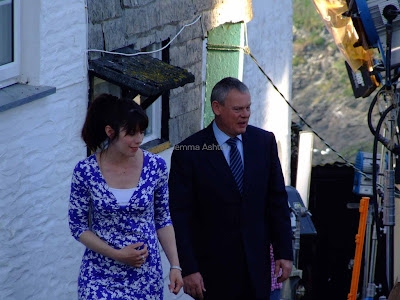 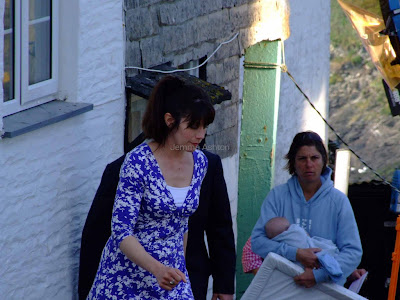 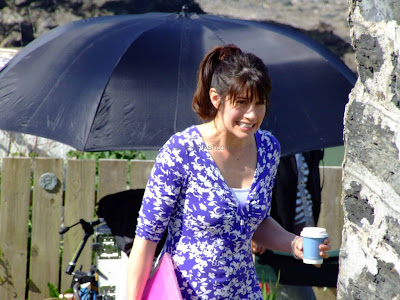 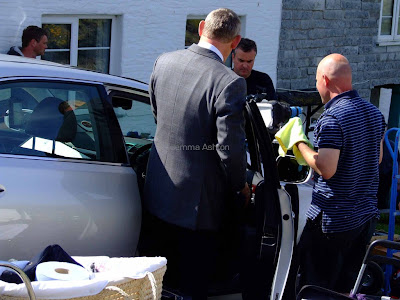 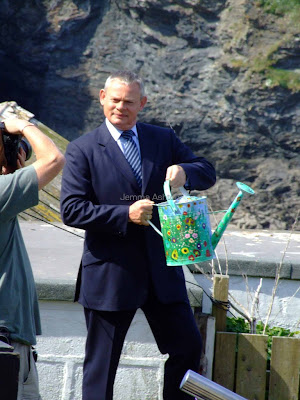 Wednesday, again walked up to the top of Fore St in the morning. MC and CC were in the tea shop opposite when we arrived. Martin walked out, stopping to see every dog that was around. Again wearing the outfits from the last episode, and then CC was in pyjamas again. Ian arrives again, we go off for lunch on the hill opposite, so can watch from behind with binoculars – not much occurred, just them eating lunch too. I then have to go back to the house to revise for my uni exams, but everyone else goes up to see what was happening. Mum comes back and tells me to go up as John Marquez had arrived. They then leave at 7 30pm – CC still in pyjamas. 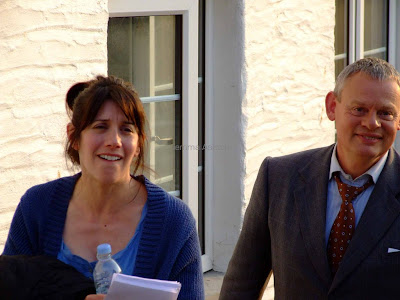 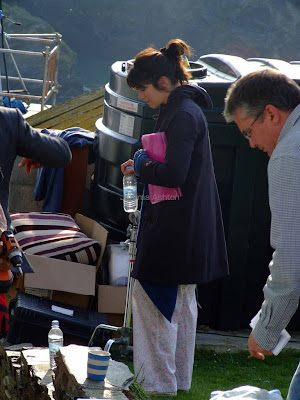 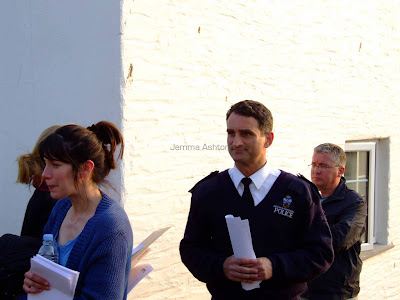 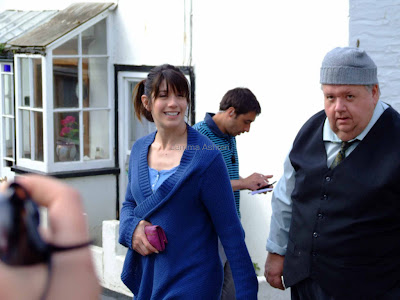 Having read the plan for Thursday, I was very excited as Joe Absolom was due on set in the morning. We get up early, but later than planned as MC and JM were filming by the public toilets in the morning, but missed it, or it didn’t get filmed. Walk up to the house, to see MC giving the cast, crew and extras a pep-talk and going through the scene they were filming. Joe, John, Ian and CC present, again wearing outfits from the last episode. Joe goes into the tea shop opposite to sign his photo for the wall and comes out. Mum grabs him for a photo with myself and sister. He then just blends in with the crowd and no one really bothers him. They then go into the house with at least 8 extras and film a scene, walk out again whilst the cameras and lights are reset. Martin starts messing around by throwing a banana skin in front of people as they walk past, hoping they slipped. Proved unsuccessful! Cast and extras go back in again, but we can hear them filming out on the patio at the back of the house. They then film a scene with the extras, John, Ian and Joe leaving the house. They finish filming at about 1 before going to Delabole to film at a farm shop. 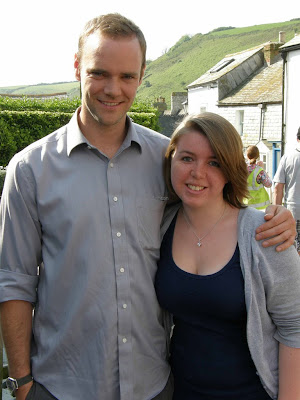 No filming on the Friday as they were at the farm, Fisherman’s Friends in the evening.

Many more photos can be found here: jemmaashton's flickr photostream
Posted by Hod at 6:53 PM